BA.5 makes up nearly 80% of new COVID cases. Here's what to know about the subvariant

BA.5 is still classified as an omicron variant but has new mutations different from BA.1 and BA.2
The first cases appeared in the Northeast, then started spreading to the South, Midwest and West
Can you get BA.5 twice? Experts say it's unlikely within the first month after infection
The BA.5 subvariant of omicron continues to dominate the summer wave of COVID-19 in the United States, making up nearly 80% of new cases, according to the Centers for Disease Control and Prevention Nowcast model.
In the most recent week, ending Wednesday, 29 states reported more cases than the week before, a USA TODAY analysis of Johns Hopkins University data shows. Twenty states had more deaths than a week earlier.
Hospitals in 35 states reported more COVID-19 patients, while hospitals in 25 states had more patients in intensive-care beds, according to Health and Human Services data. 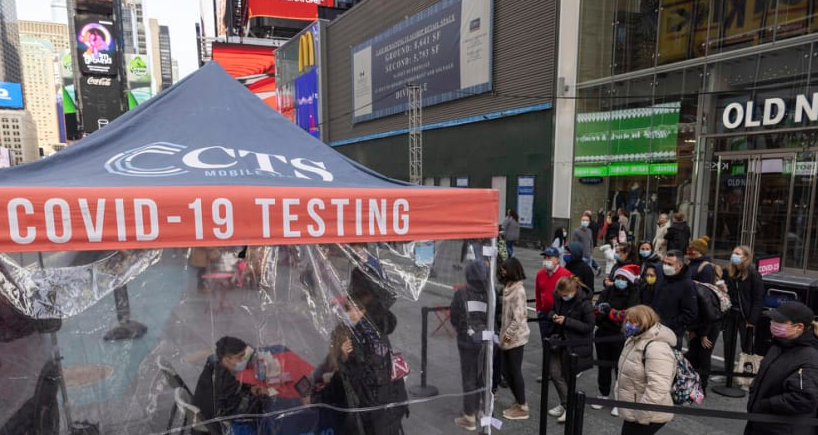 Here’s what you should know about BA.5.
When did BA.5 start?
BA.5 was first detected in the U.S. at the end of April, experts said.
The subvariant was first seen in South Africa “but that doesn’t mean that it arrived (to the U.S.) from South Africa,” said David Dowdy, an epidemiologist at Johns Hopkins Bloomberg School of Public Health. Researchers can’t know where it came from due to limited surveillance.
The first cases appeared in the Northeast, then started spreading during the past month to southern, midwestern and western states, Dowdy said.
“It’s been sort of a slow rise since that time,” he said. “It’s taken about two months to get to the current state where we think BA.5 probably accounts for about two-thirds of all COVID cases, now.”
What does BA.5 stand for?
The World Health Organization uses the Greek alphabet as a classification system to simplify understanding and avoid stigmatizing countries where new strains of the SARS-CoV-2 virus that causes COVID-19 are first identified.
WHO named the original B.1.1.529 variant after the 15th letter, omicron. Within variants, the agency assigns numbers to its sublineages.
“These represent the numbers and types of mutations within that particular variant,” said Dr. David Weber, professor of medicine pediatrics and epidemiology at University of North Carolina, Chapell Hill. “It’s a way of knowing which variant they’re dealing with.”
BA.5 is still classified as an omicron variant but has new mutations that distinguish it from other omicron subvariants, such as BA.1 and BA.2. 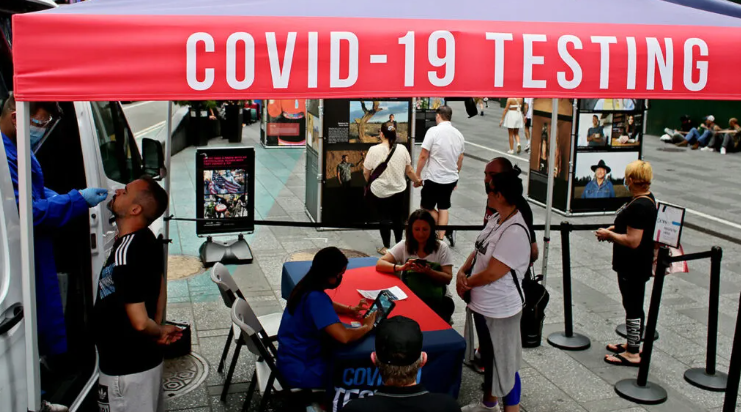 BA.5 variant symptoms in adults, kids
Clinicians say many BA.5 symptoms are similar to those seen in previous variants, including congestion, headaches, cough and fever.
But children tend to have more gastrointestinal symptoms compared to adults, like nausea, abdominal pain, vomiting and diarrhea, said Dr. Claire Bocchini, an infectious disease specialist at Texas Children’s Hospital.
She’s also seen more cases of croup in kids, which the Mayo Clinic defines as an infection of the upper airways that obstructs breathing and causes a “barking” cough.
“Certainly this is an infection to pay attention to for parents of children because while most children don’t require hospitalization, a few do,” Bocchini said.
How long does BA.5 last?
While some people don't experience any symptoms with BA.5, experts say those who do can expect to feel sick for few days up to a few weeks.
“It varies on a wide spectrum,” said Dr. Mobeen Rathore, professor at the University of Florida College of Medicine and a member of the American Academy of Pediatrics committee on infectious diseases.
Bocchini said the normal course of illness is “one to two weeks of acute symptoms,” but those who are hospitalized may have the disease for much longer.
“We are very familiar with the prolonged hospitalizations from complications from COVID,” she said.

Can you get BA.5 twice?
There's limited data to support whether a person can get BA.5 twice, but health experts say it's unlikely to happen within the first month after infection.
“For the first couple of weeks, if you have a healthy immune system, you’re probably going to be fully resistant to get reinfected,” Dowdy said.
But that protection wanes over time, he said. If a person is exposed to COVID-19, it’s possible to get reinfected with the same variant two to four months after infection.
What to do if you get infected by BA.5?
If you test positive for COVID-19 or start feeling sick with related symptoms, CDC recommendations say stay home for at least five days and isolate from other household members.
The agency also recommends wearing a well-fitted mask around others in the home.
If you're fever-free for 24 hours and symptoms are improving after the five days, the CDC says you can end isolation but continue to take precautions for five additional days. This includes wearing well-fitted masks around others inside and outside the home, and avoiding travel.
Liming Bio-Products CO.,LTD(www.strongstep.com.cn)
SHARE US: